Do You Have a Story, or a Situation?

Last time, I said that I would write about the best writing advice I’ve ever received. By this, I mean “writing advice that I actually heard in person,” not “writing advice that I read in a book” (although if you want the latter, read Beginnings, Middles, and Ends by Nancy Kress, Scene and Structure by Jack Bickham, Hooked by Les Edgerton, or Writing Irresistible Kidlit by Mary Kole). This advice came from David Lynn, the editor of the Kenyon Review and one of my creative writing professors in college. Professor Lynn, having gone through slush piles the size of my house, was an expert at figuring out why some stories worked and others didn’t. One day, we were workshopping a story that felt like it should have worked–but it didn’t. The characters were nuanced and had complex, realistic relationships. The prose was beautiful, descriptive and evocative without being purple. But something about it felt . . . off.

Professor Lynn listened to our comments as we tried to fumble through what didn’t work about the story before speaking up. “What we have here,” he said, “is a situation, not a story.”

I don’t know about the other students, but for me, those words made the clouds part. Angels descended with harps made of plot, singing transcendent songs about conflict and resolution. 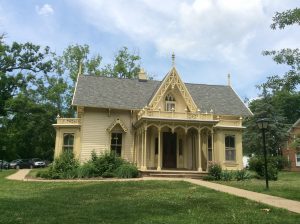 Finn House, home of the Kenyon Review If you get writing advice here, LISTEN TO IT. (Image via Wikimedia Commons)

He was right. These characters had a dysfunctional family drama going on, and it was a unique and interesting one–but there was never a sense that the fight they were having today was any different from the fight they had yesterday or the fight they would have tomorrow. The manuscript was essentially four thousand words of the characters’ status quo. And an unchanged status quo is a situation, not a story.

A situation is static. No matter how rich your setting, no matter how well-drawn your characters, no matter how much potential for conflict exists in your manuscript, you don’t have a story without specific conflict and resolution.

For an example of what I mean, let’s take a look at a science fiction classic that’s chock-a-block with rich setting information, but would be dead in the water (or the sand, in this case) without a story to support it: Dune.

Okay, so here’s a fantastic idea for a series of sci-fi novels. Suppose that the most valuable substance in the universe, spice, is only produced on a single planet, and whoever rules that planet has the potential for tremendous control over everything that the spice influences–space travel, the lives and well-being of the wealthy, the precognitive powers of the wisest women in the universe.  Oh, yeah, there are wise precognitive women. They’re like space witches. Also, space ships are run by human computers because real computers are illegal. Awesome, right? RIGHT? 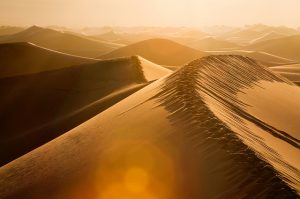 Absolutely. But it isn’t a story. “He who controls the spice controls the universe” has been a status-quo statement describing life in the world of Dune for hundreds or even thousands of years, just like “He who controls the White House controls the executive branch” is a status-quo statement of life in the United States, and there weren’t any classic science fiction plots happening during all those pre-Dune years. There’s the potential for interesting conflict (a war over the spice? an underground ring of spice smugglers trying to get its life-extending powers to the poor? an attempt to create synthetic spice, with the people who control the spice planet cracking down on our plucky scientists?), but that’s all we have so far–potential. We could end up with a novel of political intrigue, a taut thriller, a medical drama–or 450 pages of characters rhapsodizing about the powers of spice and bemoaning the fact that it’s so rare.

Okay, conflict. Right.  Suppose that there are noble houses feuding with each other, Game of Thrones style. And–get this–the most scheming, manipulative house in the universe currently controls the spice planet! And they have a vendetta against the protagonist’s house, and, oh, they’re also trying to wipe out the spice planet’s native population! That’s a story, right?

Well, that’s certainly a more interesting situation, and it does give us heightened potential for conflict by identifying a protagonist and antagonist group–but it still isn’t a story. Again, how long had Antagonist House Harkonnen been in charge of Arrakis before the novel happened without any significant plot events? 61 years, according to the appendices, and setting Dune in any one of those other 60 years would have been a mistake. Any of those story ideas above could still fit this world, with House Protagonist funding the spice smugglers or the spice synthesizers in order to undercut the powers of House Antagonist. Or–worst case scenario–it could still be 450 pages of House Protagonist lamenting how much their current situation stinks. 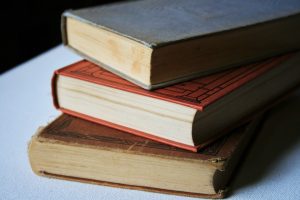 So many pages, so little plot. (Image via Pixabay)

What if we throw in some narrative tropes? There’s a prophesied Chosen One, and all of the prophecies seem to coalesce around the protagonist. And we could play with those tropes a bit. Maybe the prophecies were artificially manufactured. And maybe the protagonist doesn’t want to be the Chosen One. And maybe his mother does want him to be the Chosen One, so she’s been subtly setting him up for this role that he doesn’t want for his entire life. That’s a narrative trope, and narrative means “story,” and there’s clearly some conflict between the protagonist and his mother, so it’s definitely a story now, right?

Well, it’s closer. We have a defined protagonist now, with a defined goal (not wanting to be the Chosen One), and a defined person standing in his way (his mother). Presumably the spice and House Antagonist are going to play into this somehow. But until we figure out exactly what the protagonist is willing to do in order to avoid being the Chosen One, and exactly what his mother is willing to do in order to push him in that direction, it isn’t a story with a specific conflict and resolution.

And this is actually a good example of why you need to plan a very strong, specific conflict into your story, because in Dune as written, the conflict between Chosen One Paul and his mother is a relatively minor one–you’d be hard-pressed to make a case for Lady Jessica being an antagonist. She wants her son to be the Chosen One, but she also loves him with all her heart. If Frank Herbert had decided to make their relationship the conflict on which the entire story hinged, we would have a whole lot of angsty, low-stakes conversations, navel-gazing, polite back-and-forth about whether being the Chosen One is in Paul’s best interest . . . and not much in the way of actual story.

Arrakis is a terrific setting. The spice is a well-conceived MacGuffin. The deconstruction of the Chosen One is audacious. Readers are far more likely to remember the universe of Dune than the specifics of the plot (even though the plot is good). But there’s no story without the Emperor ousting Antagonist House Harkonnen from Arrakis and its spice, installing Protagonist House Atreides in their places. There’s no story without House Harkonnen destroying most of House Atreides to regain power, forcing Paul and Lady Jessica to flee into the desert and take up with the natives that the Harkonnens have been exterminating, causing Paul to take on his Chosen One mantle and lead those natives in a revolt. That upsets the status quo and brings conflict and change. Without it, all we have is a beautifully conceived situation.

Are you writing a situation instead of a story? Are you trying to make your character’s unusual status quo carry an entire manuscript? If so, take a break from those wonderful settings and characters you’ve conceived and spend some time on the plot. It may well be that people remember your setting and characters better than your plot–just compare the number of memes about spice and sandworms to the number of memes about the Arrakis Revolt. But unless you have a plot to keep those pages turning, you might find yourself with the richest setting and characters that no one reads about.

This entry was posted in Spec fic, Writing and tagged writing advice. Bookmark the permalink.